Burning For A Fresh Start

This week, Stan, Joel, and Eli spent an afternoon burning a small section of land on one of our newly leased farms. This isn’t something we normally do at Grass Corp., so I thought it deserved a bit of an explanation.

The land they burned had been enrolled in the Conservation Reserve Program (CRP) prior to us leasing it. This is a government sponsored program that began in 1985 and pays farmers rent to set aside land and refrain from using it for agricultural production. Land is enrolled in the CRP program for 10-15 years. During this time, the farmer sows native species and only mows the land a couple of times to keep it from being overgrown completely. The purpose of the program is to let the land rest and re-establish land cover to prevent erosion. This is a government-led attempt at healing the land and preventing wide-spread erosion like the Dust Bowl in the 1930’s. 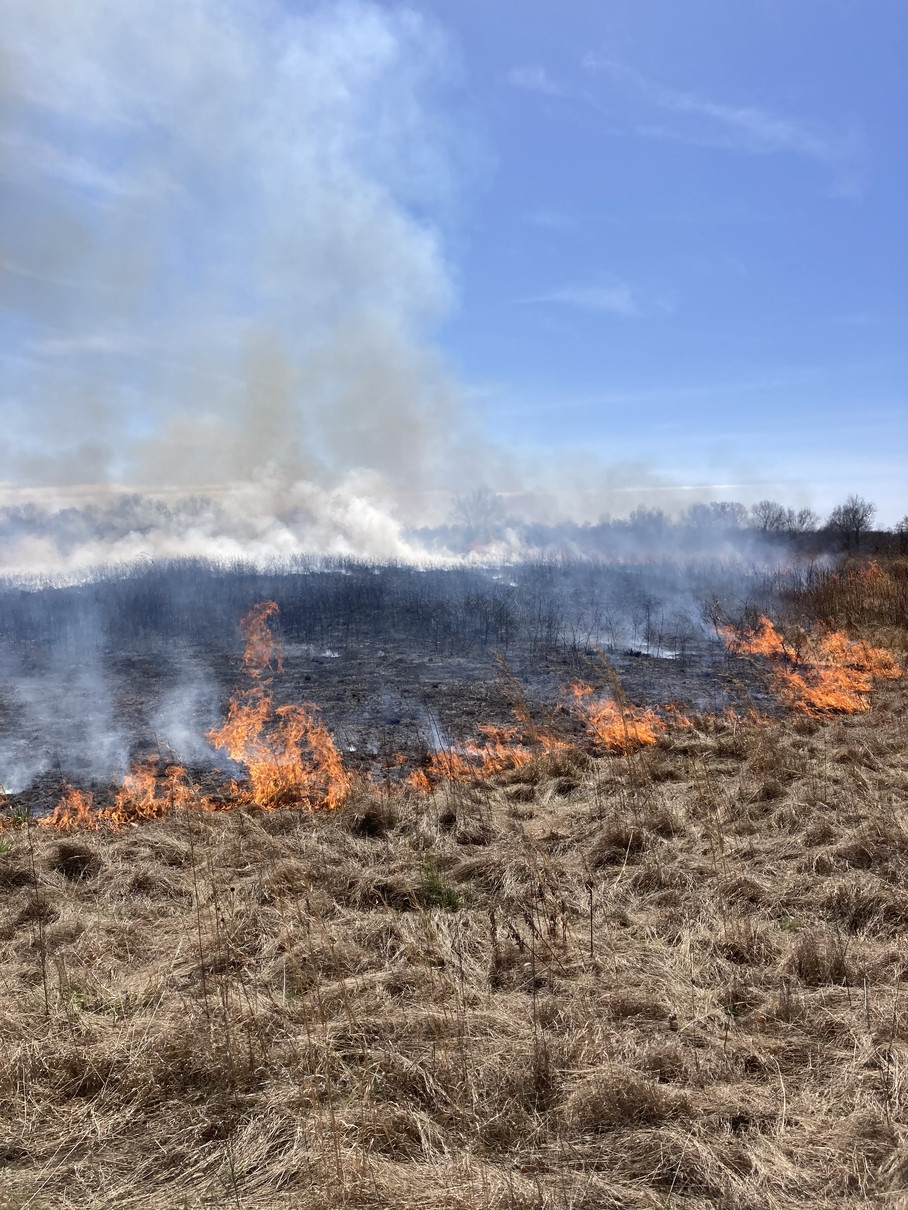 In regenerative agriculture, we know that we can heal the land more effectively, and also use it for production, so long as it is properly managed with rotational grazing. During its time in the CRP program, the land was seeded with native, warm-season grasses like what would naturally grow on the open prairie. These prairie grasses have the potential to be great for grazing through the hot summer months, but first, it needed some work.

After completing 12 years in the CRP program, the plot of land had lots of dead growth piled up from previous years that was never grazed nor trampled into the ground. This build up of dead grass can inhibit the growth of new grass by crowding it out. There were also a lot of wild blackberry bushes growing on it. These thorn covered bushes make it difficult for the animals to graze and also contribute to crowding out usable grass. 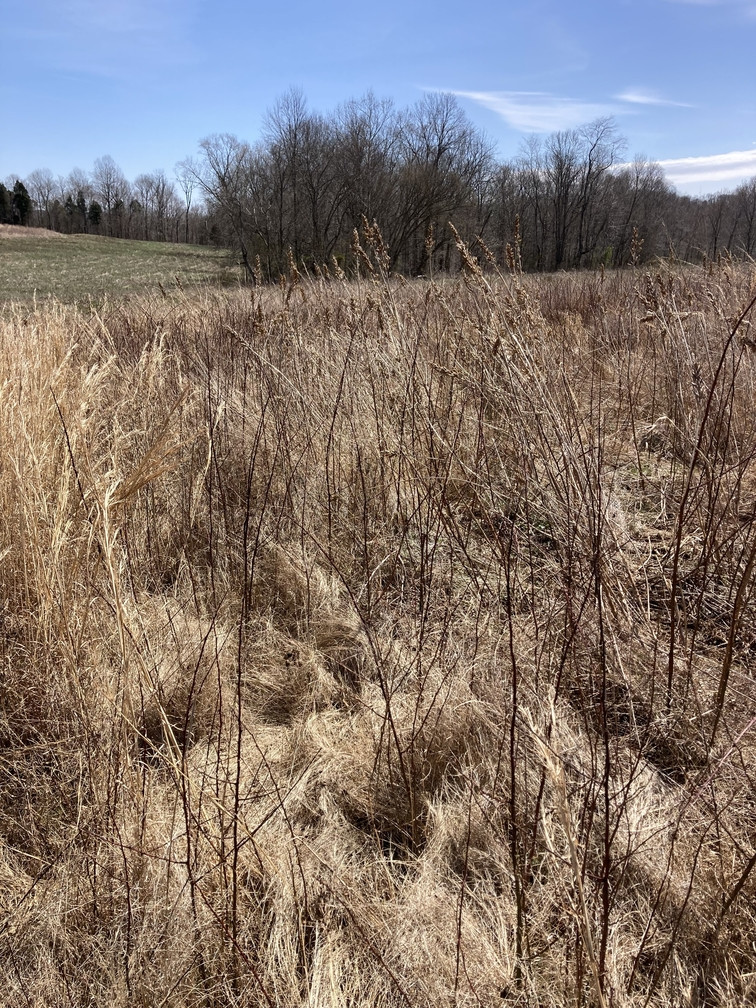 By burning it in early spring, we hope to accomplish several things that will help this land reset and become better grazing ground. First, burning should stunt this year's growth of blackberries and other cool-season grasses, giving the native prairie grass a better chance for growth through the rest of the year. The fire also clears away the build up of dead growth giving space for new grass to grow. Additionally, ashes from the burnt plant material are basic on a PH scale and should help to balance the PH of the soil.

Native American Indians used a similar technique when they wanted to produce good hunting ground. They would burn an entire area of prairie, clearing it and eliminating dead growth all at once. When the grass grew back, it was all fresh, green growth that attracted grazing animals for them to hunt. 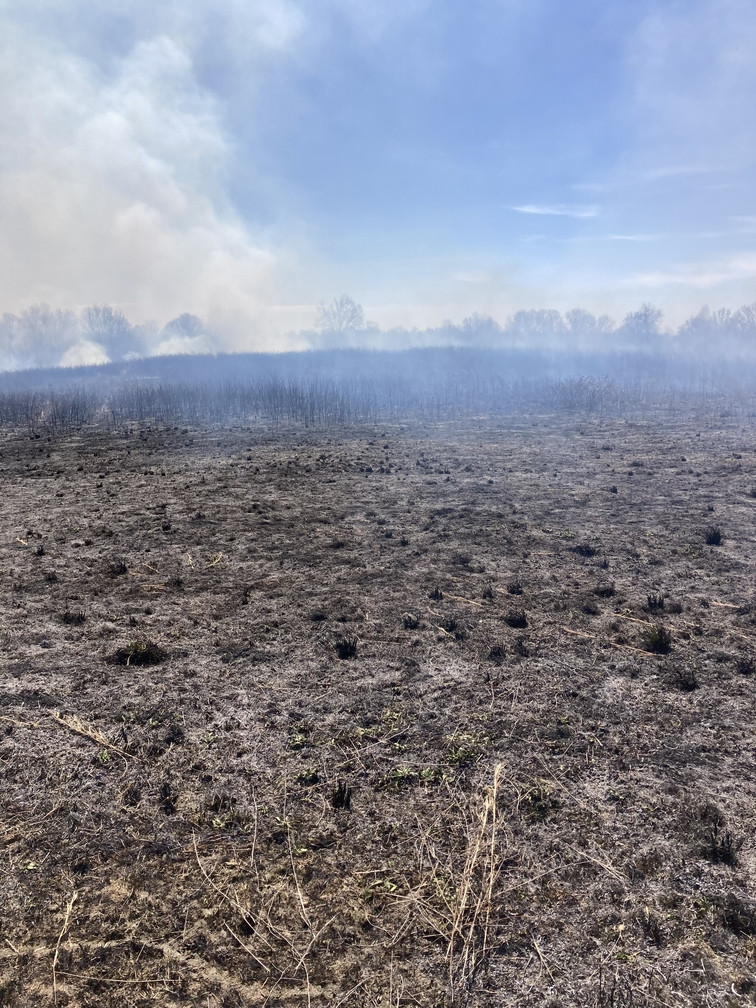 Burning is not a tool that we plan to use often, but in this situation, we believe it can help to give a fresh start as we transition the land to pasture. Now that it’s been burned, the land will be left to rest and regrow for a few months. Later this summer, we will continue the healing of this well-rested plot of land through the grazing of our beef cattle and sheep on all the fresh green growth.

I hope to update this blog throughout the year to show you the progress that is being made, so stay tuned for more!

Update 4/30/2022: After one month, the fields that were burned are starting to green up and grow! No more black and burned grass showing through. Here is a picture of them now: 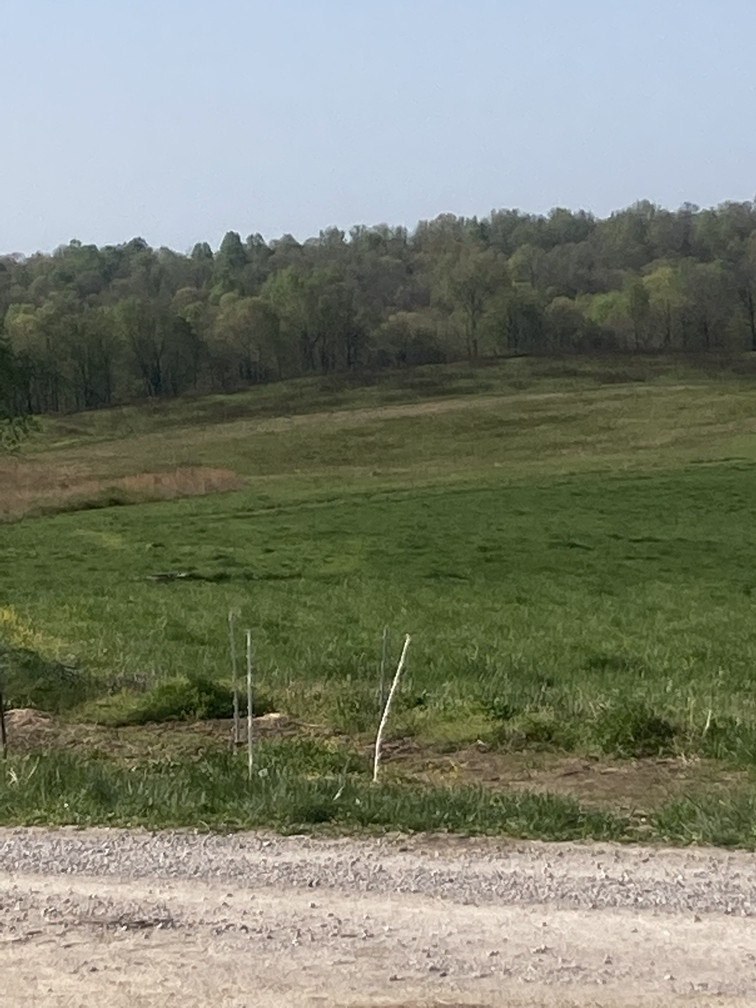 Raw Milk: What You Should Know About It 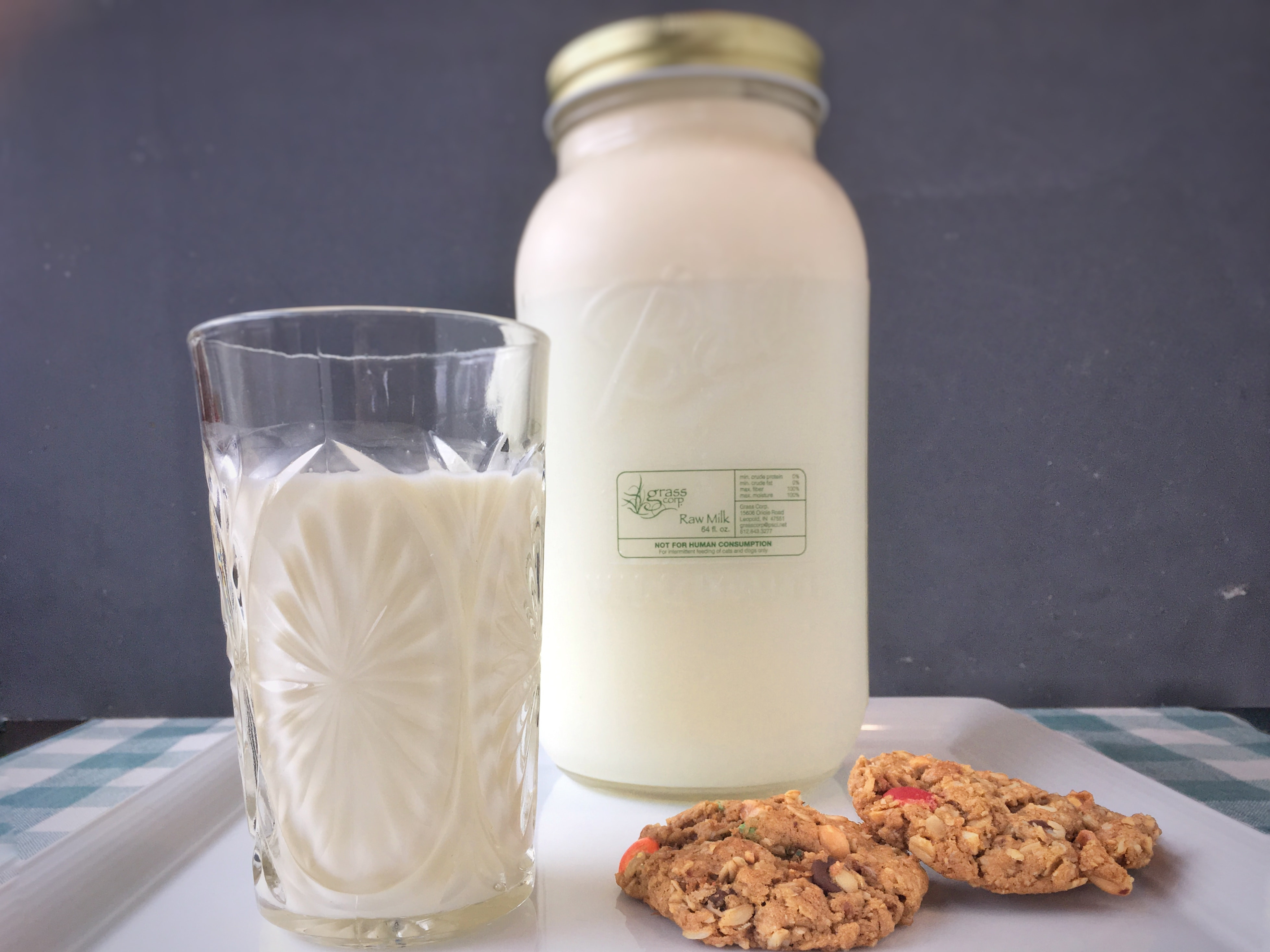 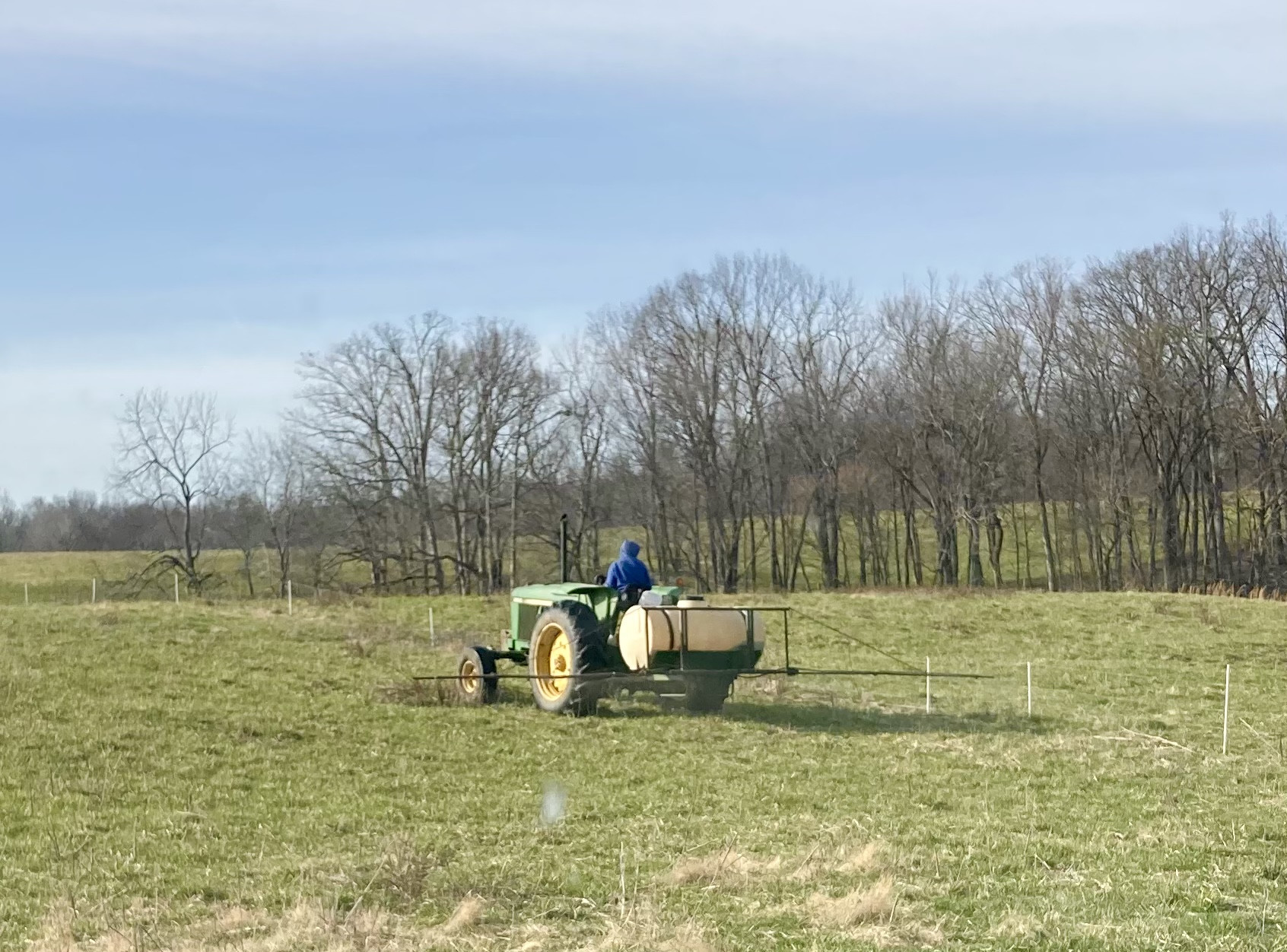 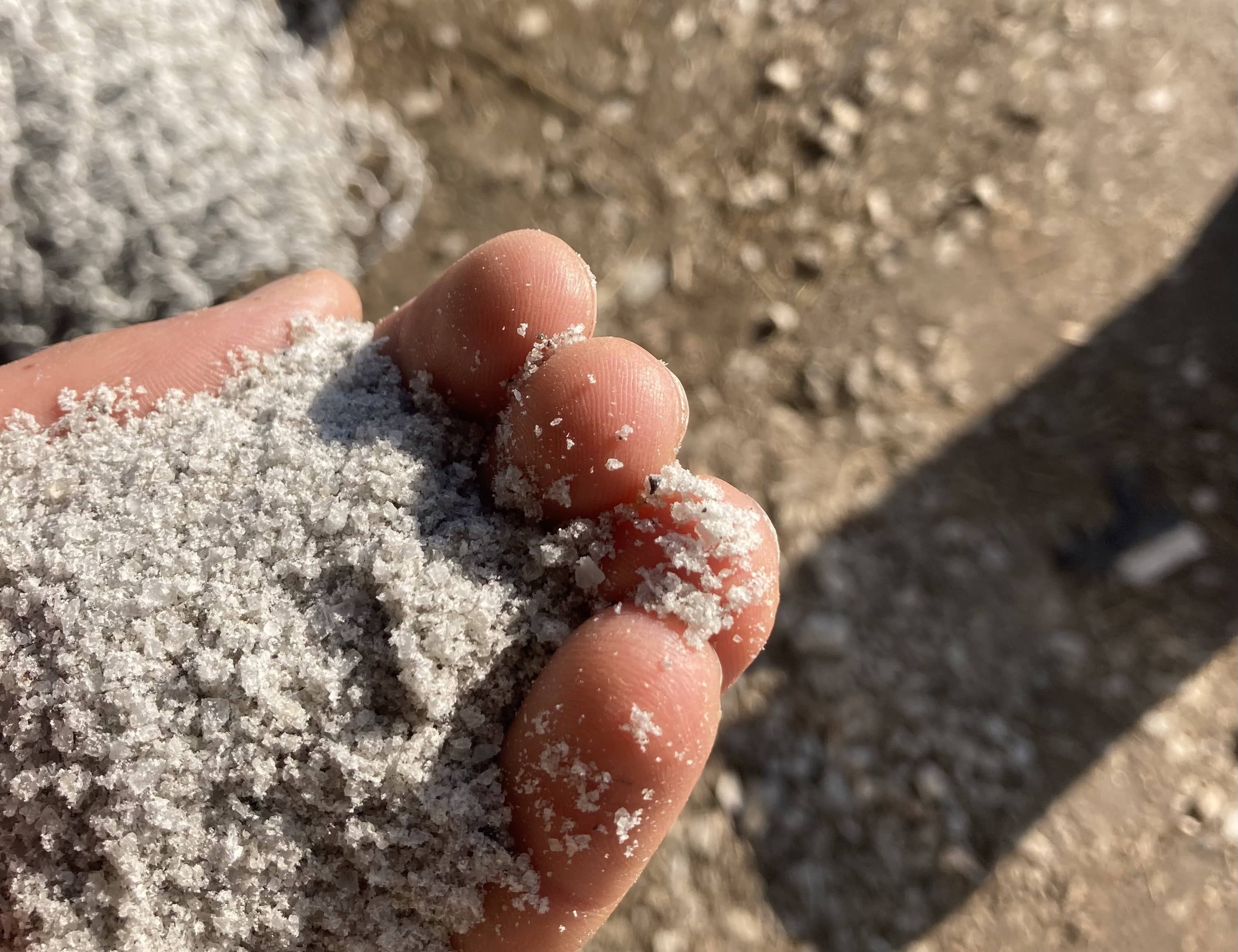