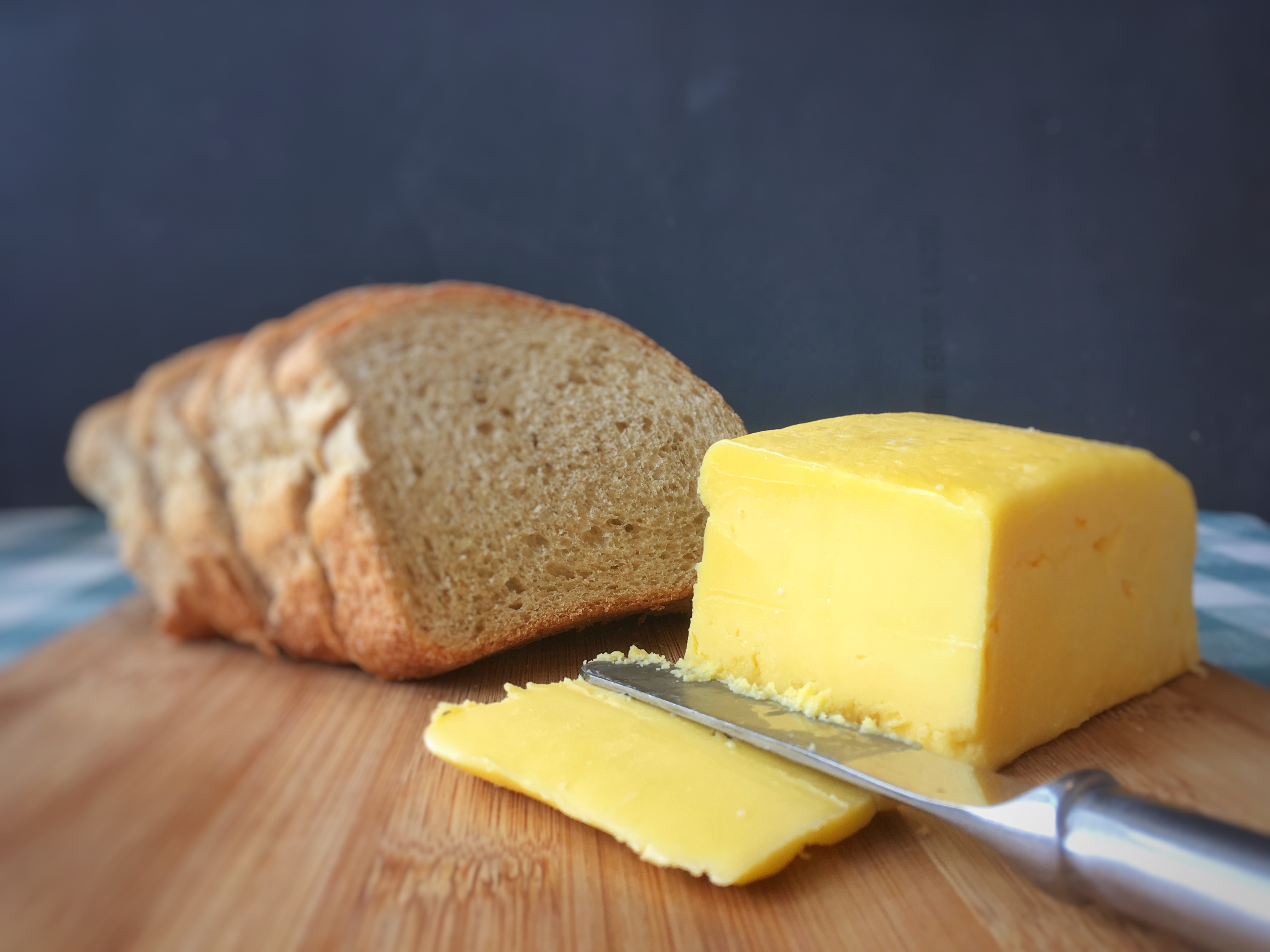 Our butter is made from raw cultured cream from the milk of our 100% grass fed cows.

". . . Since the amount of vitamin K1 in typical diets is ten times greater than that of vitamin K2,20researchers have tended to dismiss the contribution of K2 to nutritional status as insignificant. Yet over the last few years, a growing body of research is demonstrating that these two substances are not simply different forms of the same vitamin, but are better seen as two different vitamins: whereas K1 is preferentially used by the liver to activate blood clotting proteins, K2 is preferentially used by the other tissues to place calcium where it belongs, in the bones and teeth, and keep it out of where it does not belong, in the soft tissues.21  . . . Because vitamin K1 is directly associated with both chlorophyll and beta-carotene within a single protein complex and plays a direct role in photosynthesis,13 the richness of the green color of grass, its rate of growth, and its brix rating (which measures the density of organic material produced by the plant) all directly indicate its concentration of vitamin K1. Animals grazing on grass will accumulate vitamin K2 in their tissues in direct proportion to the amount of vitamin K1 in their diet. The beta-carotene associated with vitamin K1 will also impart a yellow or orange color to butterfat; the richness of this color therefore indirectly indicates the amount of both vitamins K1 and K2 in the butter . . . " Written by Chris Masterjohn

To read the entire article by Masterjohn go to http://www.westonaprice.org/abcs-of-nutrition/175-x-factor-is-vitamin-k2?qh=